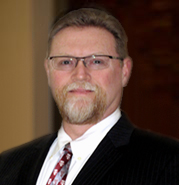 Dr. Brodrick grew up in Dallas, Texas. He attended Texas A&M University from 1984-1988 and earned a bachelor of science degree. He attended the University of Texas Medical School at Houston from 1995-1999. He was awarded the most outstanding medical student in ophthalmology in 1999.

Dr. Brodrick then went to the University of Texas Southwestern Medical School at Dallas for residency in ophthalmology. He then completed a two year subspecialty medical and surgical fellowship in vitreoretinal diseases and surgery at Texas Retina Associates in Dallas, Texas. He studied under the guidance of 11 of the most respected names in the field of vitreoretinal disease, and the best retina surgeons in the world. He started private practice in San Antonio, Texas in 2005, and has established numerous satellite offices in surrounding communities to bring quality retina care to those unable to travel to San Antonio.

In 2007 he was awarded the West Side Chamber of Commerce Doctoral Achievement Award for outstanding community service, and was recognized by Mayor Phil Hardberger. He was recognized by the Commissioners Court of Bexar County and received an award from Nelson Wolff. He has also received a Certificate of Excellence by the State of Texas from State Senator Leticia Van De Putte. He was also recognized in Scene in S.A. as one of San Antonio’s top doctors. Since 2008 he has been listed as one of the top retina specialists in “America’s Top Ophthalmologists”.

Dr. Brodrick focuses his practice on diseases and surgery of the retina, including diabetes, macular degeneration, retinal detachments, macular holes and trauma, amongst many other conditions. He is currently accepting new patients by referral only. Appointments can be made by phone at 210-271-7648. Please request to be seen at the Boerne office.

We are conveniently located near the corner of Bandera Rd. and Main St (behind Walgreens). Look for us in the Hill Country Plaza.